This podcast is available on Apple Podcasts, Google Podcasts, Spotify, Stitcher, and SoundCloud. Subscribe to receive new episodes as they are released.

"We get to that change, that shift, that youth-driven, youth-centered outcome, by bringing them to the table and focusing on relationships".

In alignment with National Adoption Month 2020 and its "Engage Youth, Listen and Learn" theme, this episode shares two examples of jurisdictions increasing youth involvement with their own permanency plans. Listen to learn more about the following programs:

The following individuals are featured in this episode:

Topics discussed include the following: 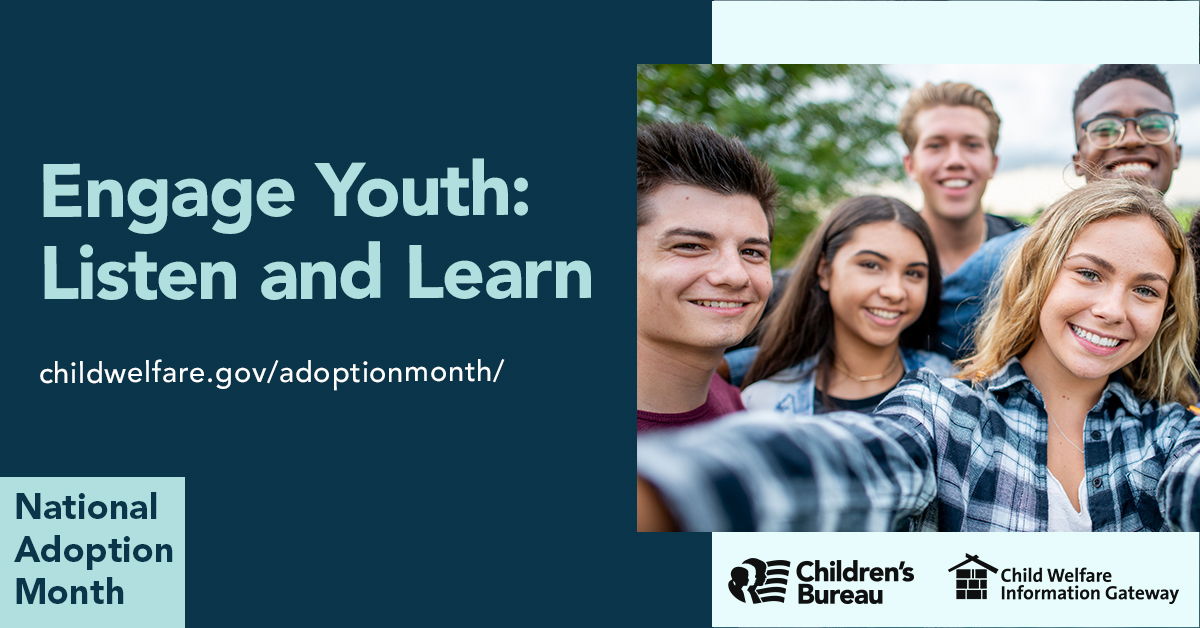