Real-Life Stories > Narratives > Learning About the Effects of Trauma

Learning About the Effects of Trauma 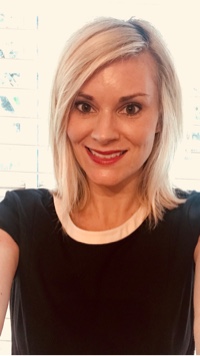 Marcus and Mariana entered foster care at the ages of 4 and 2, respectively, because of severe physical abuse. They bounced between several homes because Marcus’ severely autistic behaviors were difficult to handle. To avoid placing them in a shelter, the State called Nina, the children’s grandmother, to see if she would parent the children. Newly widowed in her mid-50s, Nina wasn’t sure she could do it but decided to become a single mother to her grandchildren. She thought that her love alone would be enough to give them a better life.

Nina adopted Marcus and Mariana at the ages of 5 and 3. Today, Marcus is 18, and Mariana is 16. Nina thought they would “grow out” of their trauma-related behaviors when she provided them love and a stable home, but the negative behaviors stemming from their abuse have increased. After hearing about Chosen, an organization that provides mentoring and parent education, she reached out for help.

Every Monday, Chosen’s case manager, Nikki Spencer, goes to Nina’s house. In the first meeting, Nina explained how angry she was with the children’s mother for putting her grandchildren in harm’s way. She resented Marcus and Mariana because of their challenging behaviors. She felt isolated and incapable of meeting their needs, let alone helping them heal.

The first step in helping Nina was improving her self-worth. Parenting had become so difficult that she lost the motivation to care for herself. After implementing a self-care plan, Nikki helped Nina understand how trauma affects the development of a child, as well as how to parent children with that legacy of trauma.

As Nina was learning these crucial concepts in her home, Mariana was overhearing the lessons. One day, she walked into their family room and asked Nikki if she could learn about trauma, too. After a few weeks of working together, Mariana said, "I have been in therapy my entire life. No one ever explained to me how my past impacted the way I am now."

Mariana felt worthless because her mom abandoned her. After working with Nikki, she went from a shy teen who would only leave her room to go to school to a bright, joyful 16-year-old looking forward to her very first date. She’s also become courageous enough to ask for special accommodations in school. She said, “Grandma, I know my needs, and extra time testing outside the classroom is what I need.” She also told Nikki, “I can tell you really care about me. That is why I want to keep working with you, and I will listen to you. Monday is now my happy day!"

Nikki did whatever it took to help the family; she talked with Nina multiple times a day when they first met. After 6 months, Nina trusts herself to handle some behaviors and knows when to reach out for help. After living with a legacy of trauma, their story now includes attachment, hope, and healing. Their entire family is being transformed.