Throughout its 109-year history, the Children's Bureau has focused on improving the lives of children and families. Read below to learn how this focus led to the creation of National Foster Care Month and formed the basis for what the initiative is today.

In addition to National Foster Care Month in May, the Children’s Bureau also supports two other special initiative months: National Child Abuse Prevention Month in April and National Adoption Month in November. Both are focused on increasing national awarenes sof the need to support families in their communities and the need for permanent families for children and youth in the U.S. foster care system. Find a wealth of information on both of these initiatives on the Child Welfare Information Gateway website.

FOCUS ON: Training and Technical Assistance

The Children’s Bureau’s Capacity Building Center (CBC) for States was established in 2014 to provide training and technical assistance to help public child welfare agencies improve child welfare practice and achieve safety, permanency and well-being outcomes for children, youth and families. Visit the CBC for States' website to do the following:

Supporting Foster Youth and Families Through the Pandemic Act

IM-19-03: Engaging, Empowering, and Utilizing Family and Youth Voice in All Aspects of Child Welfare to Drive Case Planning and System Improvement

U.S. Department of Health and Human Services, Administration for Children and Families (2020)

The Moment Is Now 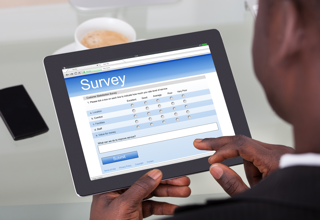 Tell us how we're doing!